IBM at CES 2016: Dinosaurs, diabetes management and the dawn of the digital intelligence era

At the 2016 Consumer Electronics Show (CES), IBM made its presence known in many different ways. Indeed, if you tuned into the @IBMIoT Twitter channel, you might have seen IBM’s Aylee Nielsen visiting various demo floors and attending CES 2016’s keynote addresses. Let’s take a closer look at what stood out at CES 2016.

When IBM CEO Ginni Rometty delivered her highly anticipated keynote address, she was joined by Under Armour CEO Kevin Plank, Medtronic CEO Omar Ishrak and Softbank Robotics Head Kent Yoshida in announcing a commitment to the dawn of the Internet of Things (IoT) era.

IBM is partnering with each of the foregoing companies to revolutionize their respective sectors of industry by pairing their products with IBM Watson IoT connectivity. IBM’s relationship with Under Armour, for example, is fueling the artificial intelligence that lies behind fitness and health applications. Take, for example, the Record app, which delivers personal insights while integrating data and offering the potential for cognitive coaching. Such innovation is driving the wearable fitness movement to unprecedented levels of innovation.

Also in the field of health, IBM is collaborating with Medtronic to create diabetes management apps that aim to predict hypoglycemic events as long as three hours in advance.

But health is just one area in which IBM is using IoT capabilities to empower innovation. Take, for example, the household helper robots that Softbank and IBM are working to bring to Japan—or the connected Whirlpool appliances powered by IBM Watson’s cognitive analytics. Whether in the home or in the human body, IBM is unleashing the power of the Internet of Things to drive industry forward.

Both the CES 2016 demo floor and the TechCrunch stage provided a platform for CogniToys, a Kickstarter-backed crafter of Cognisaurs, conversational dinosaur toys powered by IBM Watson Internet of Things that netted the company a Time innovation of the year mention—right next to Tesla. Also in robotics, Pepper the friendly robot—also powered by Watson’s cognitive capabilities—demonstrated a range of household helper capabilities, even asking bystanders for hugs. 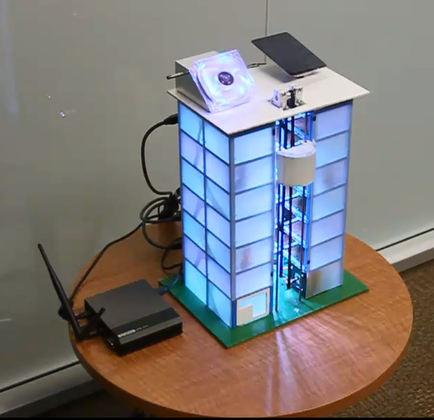 CES 2016 attendees witnessed a pairing of the IBM Informix product family and the Marvell Andromeda Box that demonstrated a customized platform with which to build advanced IoT applications for smart building technologies. A model of a smart building depicted for attendees possible responses to a real emergency. Its sensors tied to various building systems (windows, elevators, doors, solar panels, lights, emergency areas and so forth), the building adapted to possible crises, with elevators dropping to the ground floor, doors opening, window tinting clearing and lights leading occupants to floor and building exits.

Also at the show, Ionics, Inc., and IBM teamed up to showcase how the Ionics IoT Ecosystem Collaboration Framework simplifies complex IoT systems such as those used to manage factories. Nearby, attendees could view wibutler smart home products on display, then visit a showcase of IBM MobileFirst apps. Indeed, at CES 2016, a broad portfolio of cognitive products took center stage, bringing concepts to reality before attendees’ eyes. To quote Ginni Rometty, humanity has entered “the dawn of a new era—the cognitive era: digital business plus digital intelligence.”