Live from Berlin, it’s #IFA2015. Today may only be the first day, but we’ve already had a huge week.

A full four days before IFA, Samsung issued a press release announcing its Gear S2 smart watch. The device—which, notably, is without even a hint of Google’s Android Wear smartwatch operating system (OS)—is based on Tizen OS software and features a 1.2-inch circular screen, 4 GB of onboard storage and fitness features such as S Health and Nike+ Running. And it looks great. 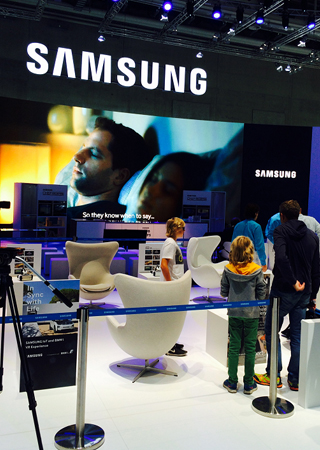 Not to be outdone, LG Electronics made early news with its new smart sensor that targets the lucrative market for smart appliances converted from traditional appliances. The circular SmartThinQ sensor can attach to traditional home appliances—a washing machine, for example—to make a traditional appliance “smart.” Not only can SmartThinQ sense feedback, but it can communicate using a mobile app, allowing remote tracking of the appliance—and, says LG, bringing command and control capabilities. LG also introduced a smart oven and a smart air conditioning unit, both compatible with AllJoyn, the open platform for IoT devices developed by the Allseen Alliance, of which IBM is a member.

Did you catch the news? IBM made three announcements that not only drive differentiation in the market but also bring significant value to IBM clients and business partners:

It’s hard to overhype this news. Partnering with ARM means that IBM can offer the only currently available chip-to-cloud enterprise-class IoT platform, allowing companies—no matter their size—to leverage enterprise-class, cloud-based IoT software, security and analytics in a consumption-based model, paying IBM only when they deploy.

The key word here is “enterprise.” Among more than 250 IoT platforms, IBM is the only company offering an enterprise-class IoT platform. From the point of view of a Fortune 500 company that has IoT aspirations, only one vendor brings the global scale, industry experience, IoT domain expertise, focus on security and PaaS service needed to promote agility: IBM. 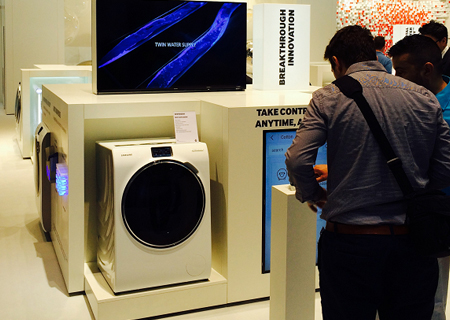 So what does all this mean for IBM customers? It means lessons learned. IBM is hardly new to the IoT space. Indeed, IBM has been in the IoT space long enough that past mistakes now help make today’s go-to-market offerings just that much more valuable.

It's only the first day, so stay tuned for more to come from IFA 2015, including a September 8 keynote from Pat Toole, GM, IBM Internet of Things. Pat Toole's keynote will be streamed through the IBM IoT Periscope channel at 4:50 PM Berlin / 10:50 AM ET.  Look for a tweet from @IBMIoT with the viewing link on that date.