The high school graduation rate hit an all-time high in 2013, when 81 percent of seniors graduated, according to the U.S. Department of Education. Educators are still pushing to decrease the student dropout rate using education data mining (EDM). The problem is of particular concern today because jobs are demanding more highly skilled candidates and further education than ever. There are nearly 6 million more high-school dropouts than jobs available to those without a high school diploma, according to a 2011 McKinsey Global Institute study featured in The Wall Street Journal.

Now with EDM, school systems can begin to identify students in crisis and intervene before they walk out the doors for the last time. Even schools that boast low student dropout rates are looking for solutions. Schools in Arlington, Virginia, where the 2013 student dropout rate was 6 percent, held a contest inviting data analysts around the world to plow through 12 years of student data to find historical cues linked to dropouts, according to The Washington Post. The analysis found that attendance history, class performance and socioeconomic status were the most accurate predictors of future dropouts.

Similarly, in Mobile County, Alabama, where the 2008 high school student dropout rate was an alarming 50 percent, school administrators believed that knowing the most recent history on each student could give them an edge in intervention. To address the issue, they aggregated real-time information from the district's 95 schools to pinpoint students in crisis. They looked at, among other things, test scores, attendance and disciplinary actions. David Akridge, the school's chief information officer, said in an interview with People 4 Smarter Cities, "We see the data warehouse helping our principals reach out more to parents to get them to understand the problems they're facing and how they can come up with a solution." 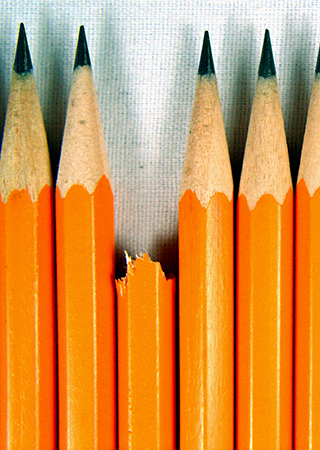 Getting to dropouts before they drop out

But even with real-time data, once the numbers point to a particular high school student, it may be too late. So, in 2011, the Commonwealth of Massachusetts instituted an early warning indicator system (EWIS) starting in first grade. The EWIS works with a national research organization that collects statewide student data and measures it against certain benchmarks for each grade level to ensure students are staying on track.

In Chicago, educators are addressing the dropout crisis by focusing on ninth grade students. Using research from the University of Chicago Consortium on Chicago Schools, the On-Track program claims to minimize the student dropout rate: Those in the program are four times more likely to graduate than those outside of it. Besides offering targeted students extra support, the school districts put in place coordinators and summer transition programs.

While collecting data is important, putting data into practice is the key to success. "Having the info is great, but when you make better decisions with it or give students the extra support they need — that's where the power in big data is," says Elizabeth Dabney, associate director of research and policy analysis at the Data Quality Campaign, a Washington, D.C.-based advocacy group committed to using big data to improve school performance.

The knowledge that low grades and poor attendance is an early indicator for dropping out is not new. What is new is taking large amounts of data and crunching it to systematically and methodically single out students and intervene before they give up on school. At this point, 30 states now use big data and employ outside experts to analyze the data. Says Dabney, "Considering there are no requirements to do this kind of work, 30 states doing this on their own volition is pretty good."