When we launched Watson OpenScale late last year, we turned a lot of heads. With this one solution, we introduced the idea of giving business users and other non-data scientists the ability to monitor their AI and machine learning models to better understand performance, help detect and mitigate algorithmic bias, and to get explanations for AI outputs. But we’re just getting started.

Since then, we’ve continued to advance OpenScale to help businesses ensure fair outcomes from their AI models in production. Starting today, we are making it easier to detect and mitigate bias against protected attributes like sex and ethnicity with Watson OpenScale through recommended bias monitors.

Up until now, users manually selected which features or attributes of a model to monitor for bias in production, based on their own knowledge. With the new recommended bias monitors, Watson OpenScale can now automatically identify whether known protected attributes – including sex, ethnicity, marital status and age – are present in a model and recommend that they be monitored. Such functionality will help users avoid missing these attributes and ensure that bias against them can be tracked in production. 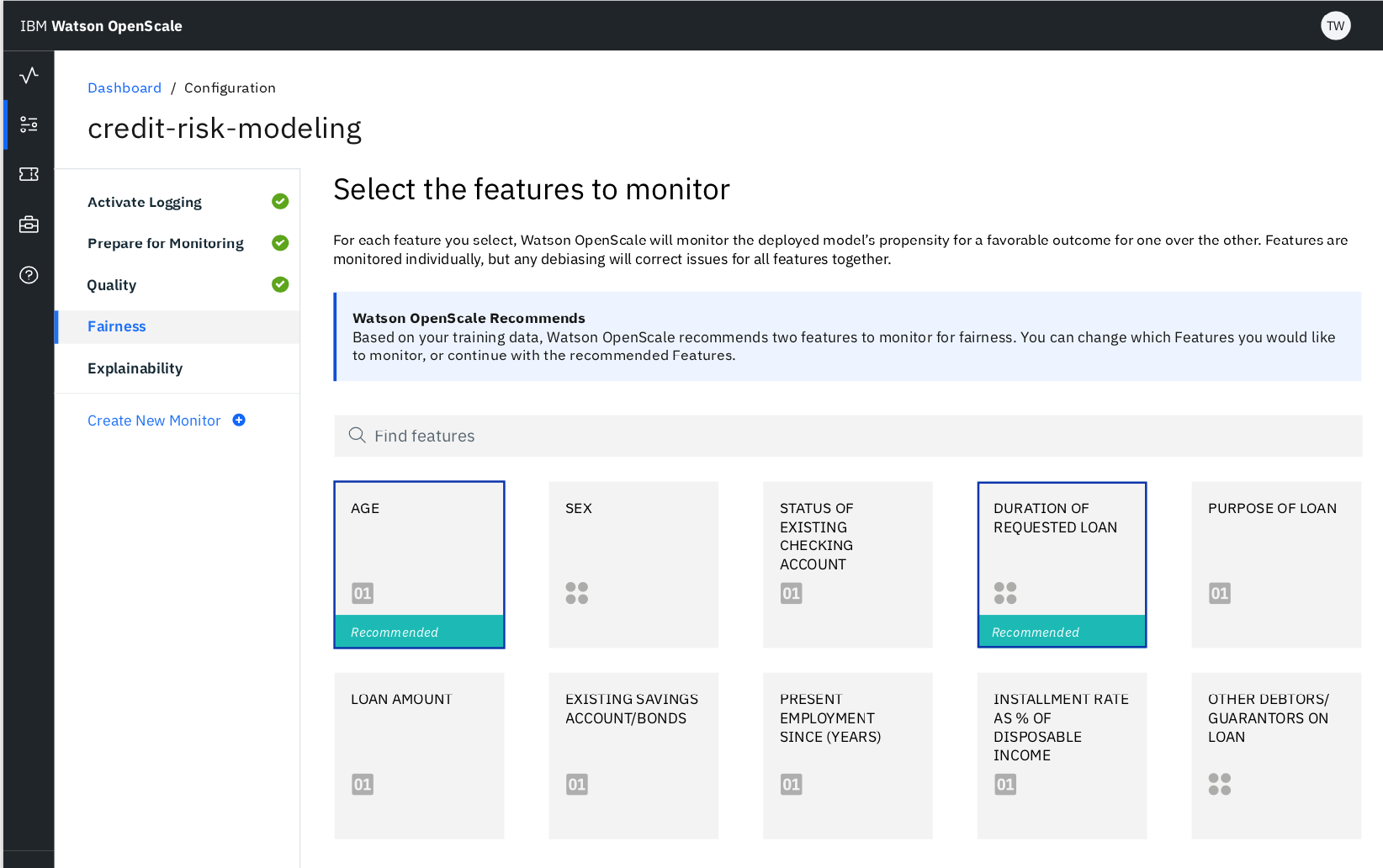 In addition, we are working with the regulatory compliance experts at Promontory to continue expanding this list of attributes to cover the sensitive demographic attributes most commonly referenced in data regulation.

In addition to detecting protected attributes, Watson OpenScale will recommend which values within each attribute should be set as the monitored and the reference values—recommending, for example, that within the "sex" attribute, the bias monitor be configured such that "female" and "non-binary" are the monitored values, and "male" is the reference value. If you want to change any of the Watson OpenScale recommendations, you can easily edit them via the bias configuration panel. 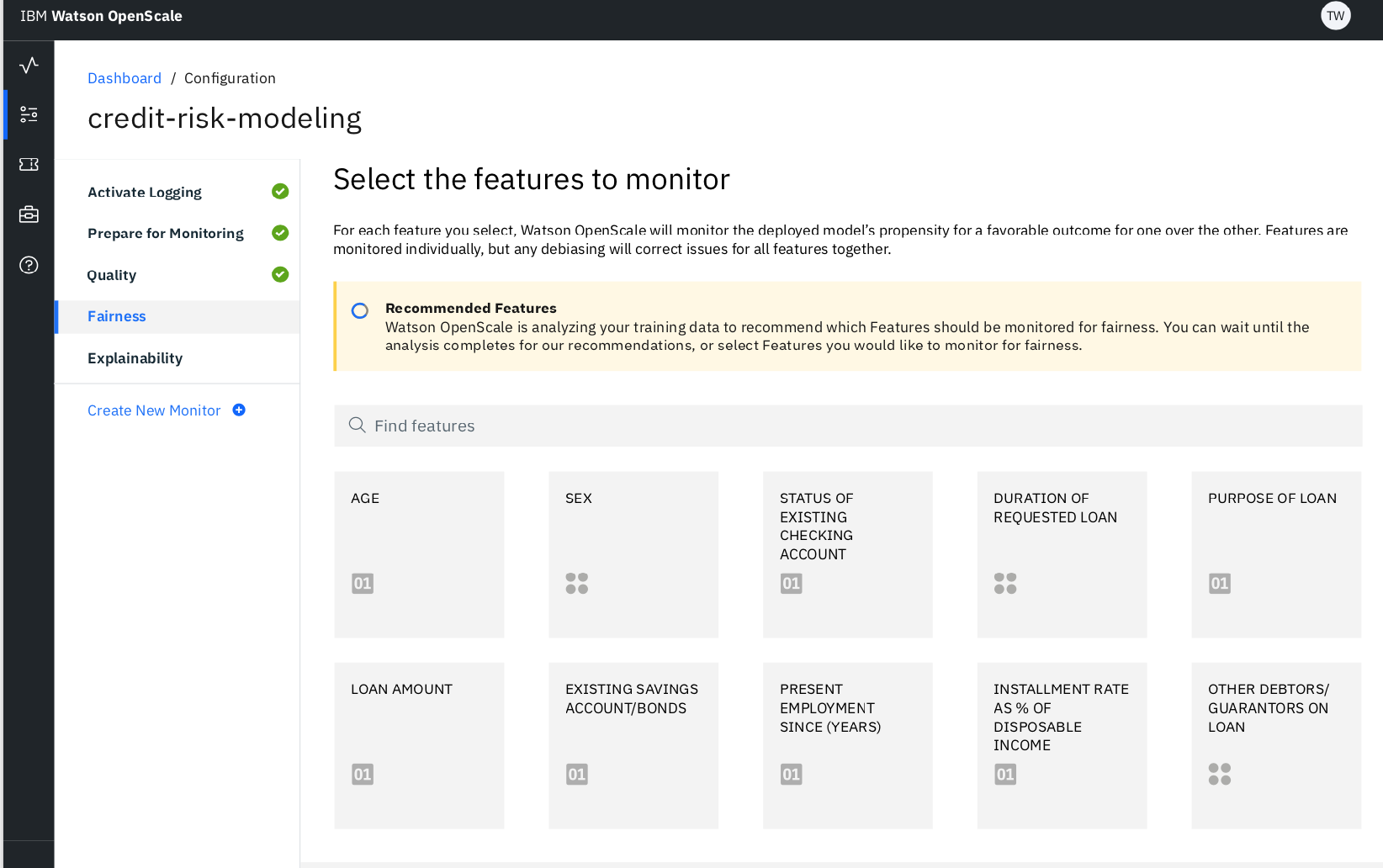 Recommended bias monitors help to speed up configuration and ensure that you are checking your AI models for fairness against sensitive attributes. As regulators begin to turn a sharper eye on algorithmic bias, it is becoming more critical that businesses have a clear understanding of how their models are performing, and whether they are producing potentially unfair outcomes for certain groups.

Learn more about how Watson OpenScale can help by trying our Lite Plan on IBM Cloud at no cost.

If you are interested in becoming a sponsor user of Watson OpenScale, where you can provide feedback and help us determine the future direction of this product, please let us know.