Why analysts are hailing Db2 11.5 as the database for AI

Over the past several months, IBM has been spotlighting what’s possible when databases are infused with AI capabilities. The recent launch of IBM Db2 11.5 has brought the benefits of that approach into greater focus. Writers and analysts at Forbes, InformationWeek, TechTarget and many others have begun to take notice. Their reporting illuminates why an AI database has the potential to transform businesses and data management landscape as a whole.

Why is IBM releasing an AI Database?

Db2 11.5 has already been hailed as “a major upgrade” by DBTA and AIThority largely because IBM, as Datanami’s Alex Woodie puts it, “senses an opportunity to remake Db2 into an AI database.” And there’s good reason: as 451 Research VP, Matt Aslett recently discussed with IBM Fellow and master inventor, Sam Lightstone, there are a number of benefits AI can bring to data management. Their full discussion can be found in the recent on-demand webinar, “Modernizing your information architecture with AI.”

Gartner analyst and VP Merv Adrian quoted in InformationWeek adds that IBM has a history of leadership in developing technologies related to AI—Watson in particular. This means the expertise IBM has already built can align with growing demand for AI within the market.

IBM is capitalizing on this by infusing Db2 11.5 with AI in two ways. The database is:

Both of these improvements are explored in greater detail below and in the updated Db2 11.5 solution brief.

IBM is adding AI into Db2 through data science methods that will inject Machine Learning into it – Adrian Bridgwater, Forbes

AI isn’t a single thing—it’s a range of capabilities based on flexible and adaptable computing systems. So as Adrian Bridgwater at Forbes puts it, database vendors can add AI capabilities “via the machine learning (ML) methods that fuel it.” And that’s what Db2 11.5 has done, adding native drivers for many popular ML languages, including Python, Go, Ruby, PHP, Java, Node.js and Sequelize.

Db2 11.5 will feature better hooks for the languages and development tools that data scientists work with” – Alex Woodie, Datanami

This language support, along with integration with frameworks such as Microsoft Visual Studio and Jupyter notebook development environments, means that data scientists can more easily build machine learning models into the applications that use Db2. Adrian Bridgwater concludes that with this integration “apps should require less management, be more resilient to outages and help to improve user productivity.” Furthermore, tighter integration also paves the way for future improvements. Alex Woodie’s article for Datanami points out that language support is one step toward running ML models directly in Db2.

Infusing AI into the database isn’t just about the data science functionality or building better apps. AI also makes a tangible difference in the database’s performance. AI’s impact on the automation of error reporting and routine tasks that are currently performed by the DBA increases a database’s ease of use.

Db2 is getting more functions that will automate routine tasks that today are performed by the DBA.” – Alex Woodie, Datanami

Mark Labbe at TechTarget concurs noting Db2’s AI capabilities’ potential to “simplify or automate a range of actions to save database administrators time and effort.” He also emphasized two features helping accomplish that goal, including: 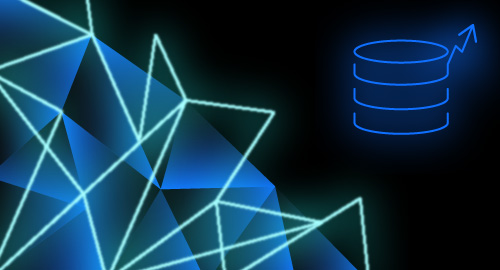 Each of these prove that AI is not only an end goal, but also a viable option to improve day-to-day operations.

Users might also be happy to know that IBM is developing a new Cognitive Query function for Db2 that aims to make finding insight with machine learning easier. As quoted in Datanami, Matthias Funke, director of offering management for IBM’s hybrid data cloud, explained that “the cognitive query function will utilize machine learning models under the covers to deliver results that may be more accurate than using traditional query approaches.” It does so by using what Woodie calls “a fuzzy-math approach instead of strict SQL logic.” This helps return results that may be a close but not exact match, helping avoid the risk of missing the object you’re seeking.

How this works with the extended Db2 Family

In addition to making it easier to use Db2, analysts also recognize that Db2 AI capabilities expand across multiple editions and a larger hybrid data management strategy. In turn, this make it easier to work with data across an organization.

Whatever size the organization is, or becomes, Db2 can adapt. As DTBA describes, “with each edition having the same common code base, users can easily upgrade and scale from the no charge edition to Standard and Advanced, as their needs change.” That means there’s nothing stopping users from downloading Db2 at no cost and getting started today.

Wide-ranging deployment support for Db2 including on-premises, multicloud and hybrid cloud is also crucial. According to IDC data management analyst Carl Olofson as quoted in TechTarget, this deployment flexibility, “combined with the features in this release [of Db2], make for a very compelling data management story, especially for enterprises with a large and diverse set of data to manage."

See the AI database for yourself

Being built for AI, built with AI, and built as part of a larger hybrid data management platform make Db2 11.5 a robust, scalable database than can run practically anywhere, access data from practically anywhere, and deliver machine learning integration for advanced AI capabilities. Analysts and industry insiders have begun to take notice of the benefits. So why not check Db2 11.5 out for yourself?

Learn more about the advantages of an AI Database by watching our on-demand webinar with 451 Research VP, Matt Aslett, and IBM Fellow and Master Inventor, Sam Lightstone. Or you can schedule a free one-on-one call with an IBM database expert.

And, developers, we haven’t forgotten about you. Learn more about using AI to speed app development and create a better user experience by joining our upcoming developer webcast.

The journey to AI: keeping London's cycle hire scheme on the move

When planning for a day of business, how do you calculate the numerous factors that may affect your bottom-line revenue? For Serco, a company which operates a bike-sharing service throughout London, the answer was in their data.
Read Blog